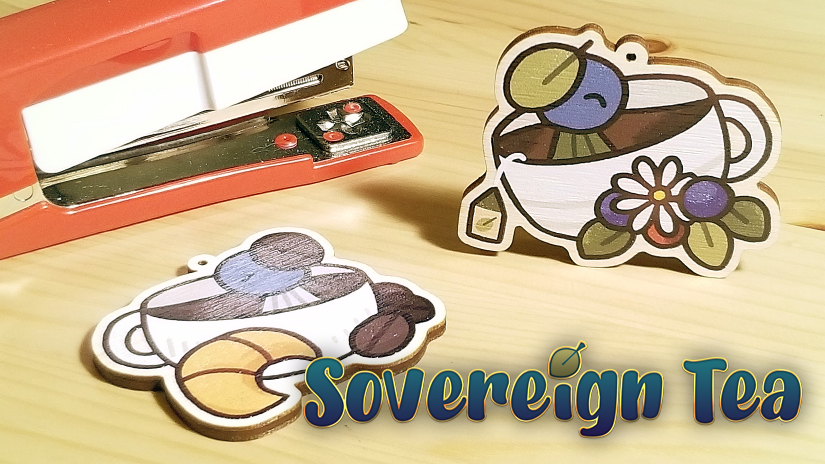 What a year it's been for Sovereign Tea. In January, we had only revealed three Tea Princesses: Bai Mudan, Silver Needle, and Shou Mei. The idea of a Kickstarter was still months away. Important gameplay mechanics like Princess Passives didn't exist yet. We had one prototype playable level. A lot has changed since then, and a lot more change is to come. Brew yourself a warm cup of tea (or coffee, if you're so inclined) and join us for this long, final devlog of the year.

Remember, if you backed the game on Kickstarter but have yet to receive beta keys, please ensure your BackerKit survey is filled out. Don't worry about finalizing details on address or add-ons yet, as you still have ample time for that.

First, let's talk at a high-level of what we want to do with the current beta. Thanks to the large volume of backers we have received quite a lot of positive and constructive feedback the past few weeks! We are planning on a small patch to the beta, v0.3.2. One of the most common questions we've received from players has been regarding the hotkeys and controls of the game. In order to help facilitate new players to the game, we intend to replace our current, frankly subpar tutorial with something a lot more interactive: a miniature tutorial level.

The new tutorial is far more hand-holdy than the first true level of the game is, but it presents itself in a manner intended to minimize confusion. For example, in the above left screenshot, you can see that Bai Mudan's path is blocked by rocks. You can also see that you start with no economy, and thus have no brew options. The only reasonable move you can make, the move the tutorial asks you to take, is to move her onto the resource tile. Upon doing so, we dynamically remove those blocking rocks and set you up for the next section of the level: to defeat the Espresso blocking your path to the blueberry resource.

This level continues, prompting you with simple basics on what to do next, until you've completed the scenario. Having finished it, you'll be more than prepared to dive right into the game.

The main sources of confusion we've found some players run into have been the following:

All of these have hotkeys (N for End Turn, Space for Cycle Units, Control+Space for Cycle Resources) but that information is presented poorly. We're going to add buttons to the HUD for all three of these actions. Hovering the buttons will showcase tooltips that will both explain what the button does as well as what the default hotkey binding is. While we won't have remappable controls yet for the beta, we hope this helps clarify this fundamental aspect of the game.

Internally, we talk a lot about the game's camera. The default way of moving the camera is atypical when compared to other PC games, even though it works very well for this title. Ultimately, we realized quickly that everybody has their own preferences when it comes to how to navigate game space, and as a result we can't go with a one-size-fits-all solution. This means we're going to expose multiple camera control modes for those who want it. To break it down specifically:

Do you have your own thoughts on the above? Let us know now while we're still working on this feature!

In addition to the above QOL changes, we're excited to announce that the next patch of the game will introduce a new section to Fort Steep: The Library. The Library will allow you to revisit past Fort Steep conversations. It may also contain some additional fun reading materials for those who wish to delve deeper into the world of Sovereign Tea.

We're especially excited to announce that this update will include a brand new piece of music, composed by John Leonard French. After all, our Kickstarter was to get additional music funds! This new track will play during a scene that already exists in the game: the Genmaicha Letter scene. 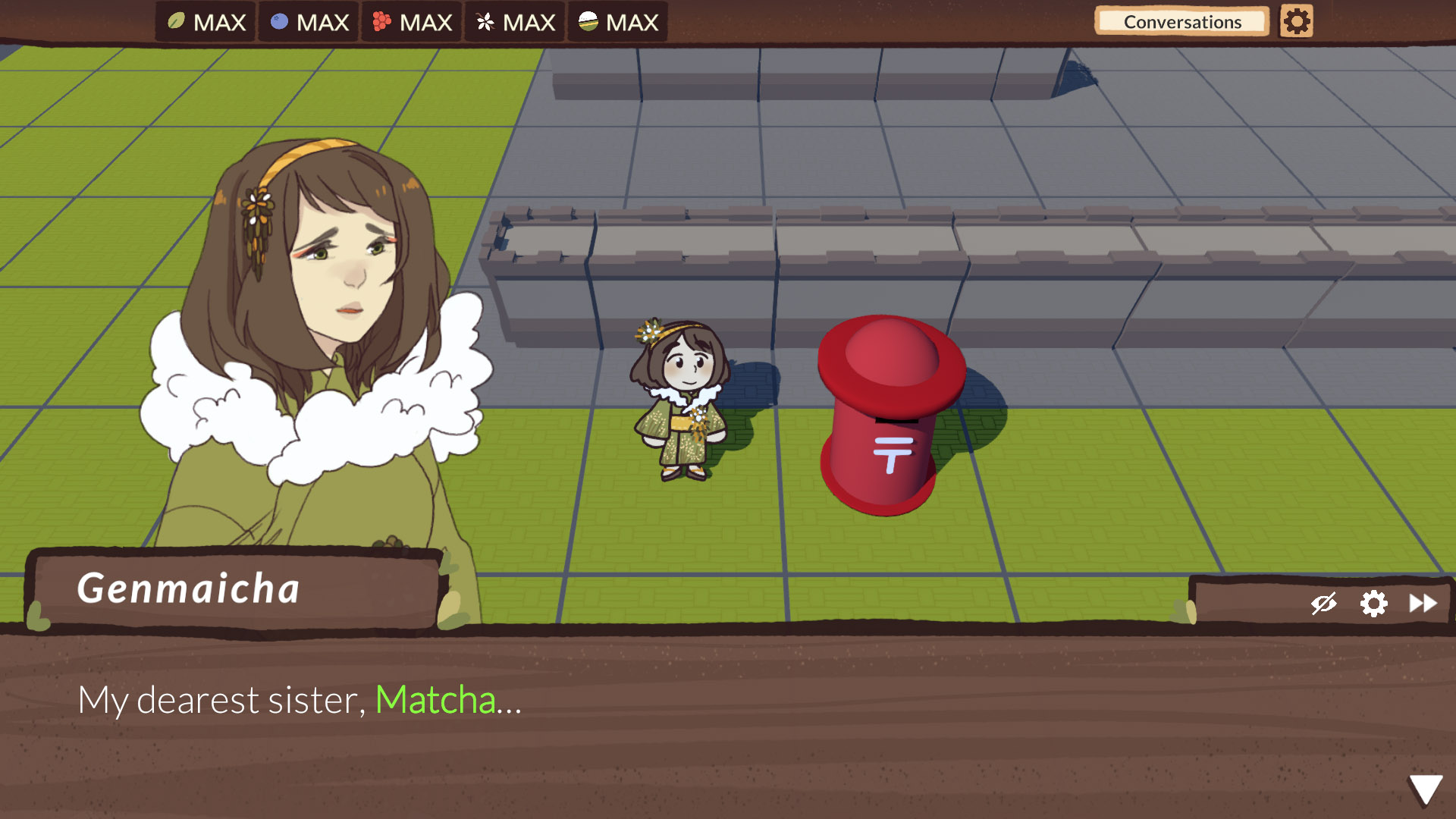 By adding both this new audio track and the Library feature, players who have already completed the beta will be able to easily replay the scenario and enjoy the cutscene the way it was meant to be. We can't wait for you to try it out!

Take a look at this freshly brewed crew of Tea Minions! Let's talk about each unit from left-to-right, noting ahead of time that these abilities and effects are, as all things, subject to change:

The Identity of Resources

Our goal with all the in-game resources that you can use to craft your brews is to introduce identity. While we're fine making exceptions if a unit's mechanics "feel" right, we generally try to stick to these guidelines:

This is all to be as cohesive as possible with our overall game design.

Thank you for taking the time to read through all of this! As always, please join us on social media, on Twitter, Facebook, and Discord. Until next time!