At long last, the alpha build of Sovereign Tea is here at last! We are so excited to share with you a lot of details about the game's development. First, let's take a look at just how far we've come! 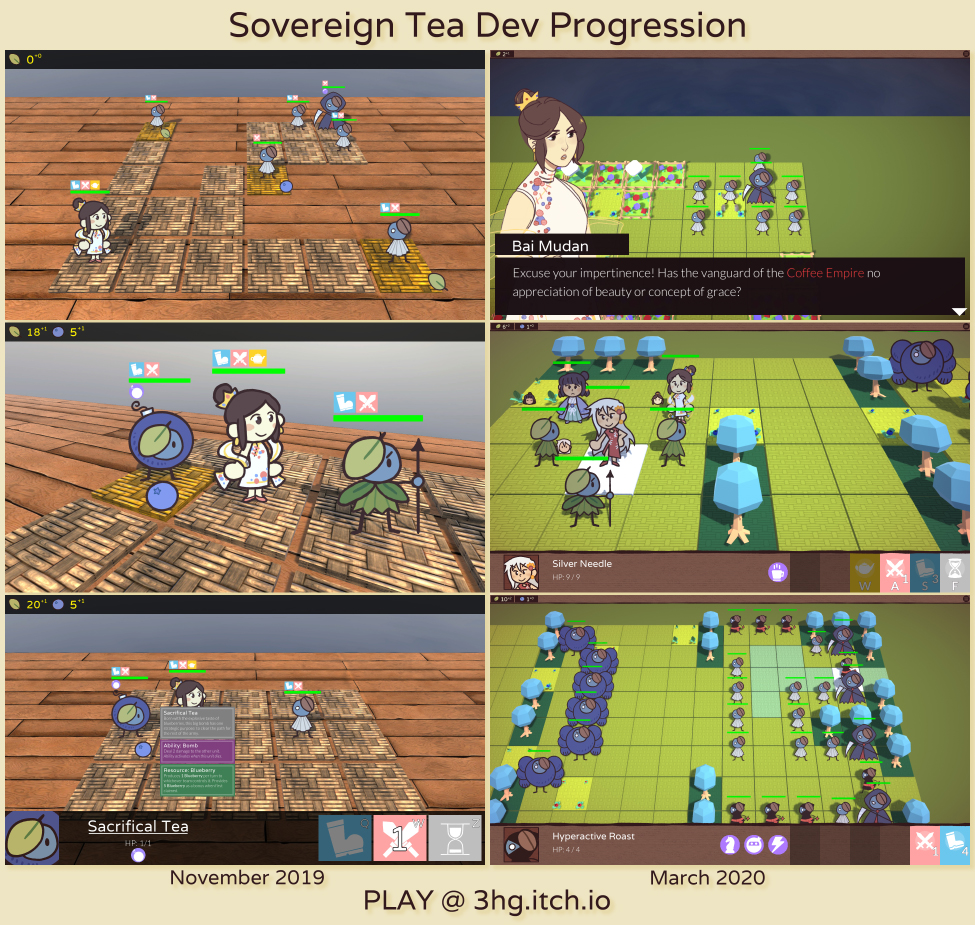 Just from numbers and the screenshots above alone, you should be able to tell that a lot of work and effort went into making this build. We hope this v0.2 serves as a better representation of what the final game will look like as more and more of the features are fleshed out. While the next build is planned for Q2 2020 (not that far away) we do want to state that this isn't the last you'll see of this Alpha build. We have plans to patch a few features in, ideally for a v0.2.1 and beyond. These include: 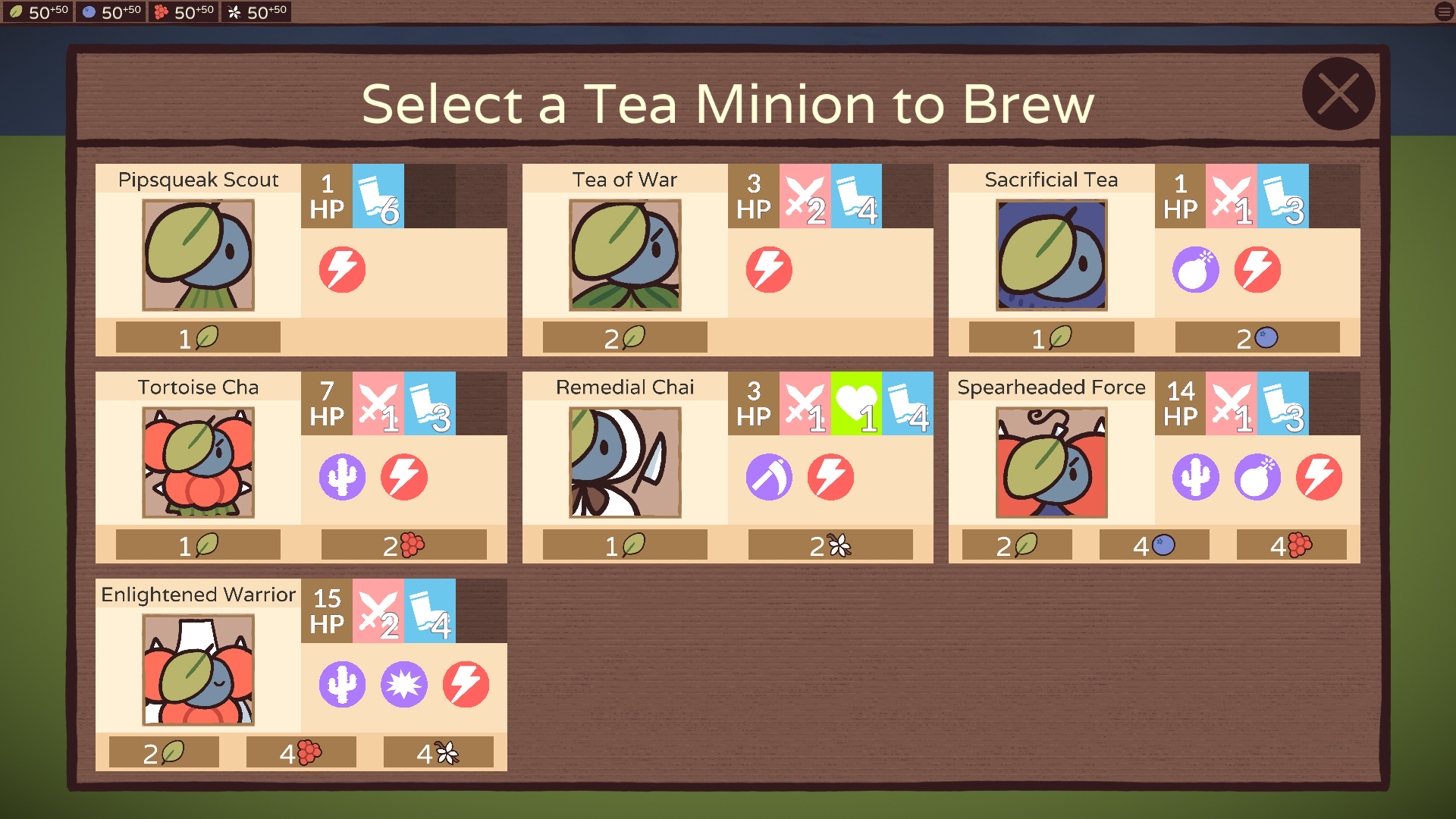 One of the most exciting things about this build is the brewing menu! Managing your economy, you can select different Tea Minions to brew, each of whom have their own unique actions and abilities. Gameplay is largely centered around abilities and exploring different interactions between these abilities. For example, early in the game you will encounter an enemy unit that is capable of landing multiple hits against your units, often before your units even get a chance to strike. How do you counter this? Leverage Tortoise Cha, who deals damage whenever it gets hit, and render the enemy useless. We think exploring these interactions based on game flow has led to a really unique experience, and we're beyond excited to continue crafting it in this direction.

Those of you closely following the project may have noticed that we didn't make a March Roadmap post. That's because we were so focused on this build! Roadmaps will return in April and we'll have a lot to say about the future of this game when that time comes. Before we go, we are planning on recording ourselves playing the game and talking about the decisions we made during its development. We'll post here and everywhere when that goes live.