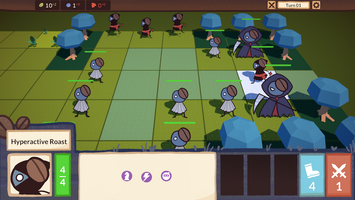 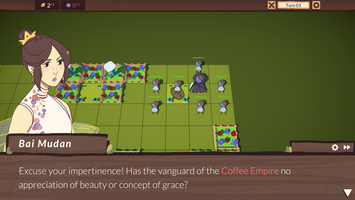 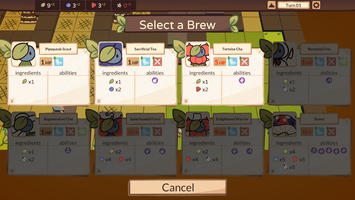 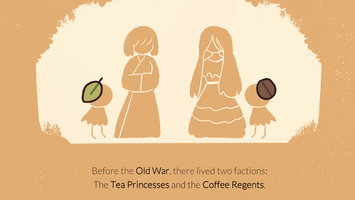 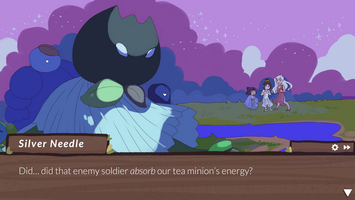 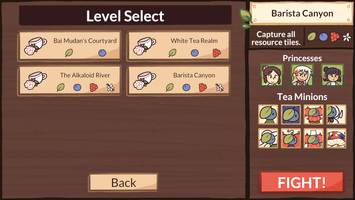 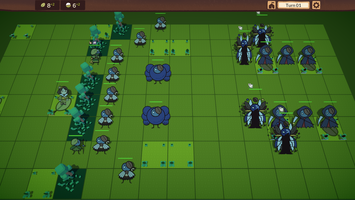 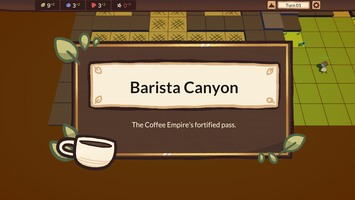 At long last, the beta of Sovereign Tea is finally out! Not only that, but we have officially launched our Kickstarter campaign! Let's talk about what's happened and what will happen, as it's very exciting. Be sure to follow us on Twitter, Facebook, and Discord for all the exciting developments!

There are a substantial number of assets required for this game: unit art with in-world animations, character sprites with emotions, CGs for cutscenes, dialogue scripts, 3D art for overworld maps, and so much more. One of the most important assets for this game is music. While we could take the easy indie game route of finding multiple cheap or free tracks to use and loop, we want to go above and beyond. We've enlisted the experience of John Leonard French, a composer from the United Kingdom who has worked on such titles as Iris and the Giant, to craft the music of Sovereign Tea.

At its core, Sovereign Tea is a strategy game. We don't want to fall into the trap of having short looping pieces as that would prove to be repetitive. As you can imagine, going through such literal lengths for music runs the game's budget up, but that is where you come in. We don't need help with other aspects of the game—just this one. By pledging to this campaign, you help us craft this game's soundtrack to be the best it can be.

What if I Already Bought the Game?

If you bought the game when it was in its alpha or even prototype phase, then congratulations! You just got the beta, a reward that backers of the campaign won't get until the campaign ends. While you have access to the latest build, we ask you to try it out and send feedback our way. Additionally, we want to reiterate how grateful and humbled we are for your longstanding support. You bought into the game's concept when it was in its infancy and enabled us to reach the state of development we've attained. We couldn't be more grateful. Thank you.

What if I Want a Backer Reward, But I Already Bought the Game?

We have a number of tiers available for physical rewards that do not include the game. The cost of the game is subtracted from those tiers, ensuring that you'll pay only for the production of the physical goods as well as shipping. We added these tiers largely due to community feedback while we were iterating on the Kickstarter. Thank you for your suggestions!

What's in the Beta?

In short: more of everything you'd want in a game like this.

As it stands now, the code side of things is largely complete for the title. The majority of work moving forward is content-driven, from level designs to unit designs to art and writing and more. These are relatively easy when contrasted with software architecture, so we expect to push ahead quite quickly. The estimated release date for the full title of Sovereign Tea is May 2021.

We're beyond excited to finally show you so much more of the game's content with this update. We would greatly appreciate if you could share the Kickstarter campaign with your friends, particularly those with an affinity for tea. Together, we can craft a truly amazing game. Now get out there and enjoy the beta!