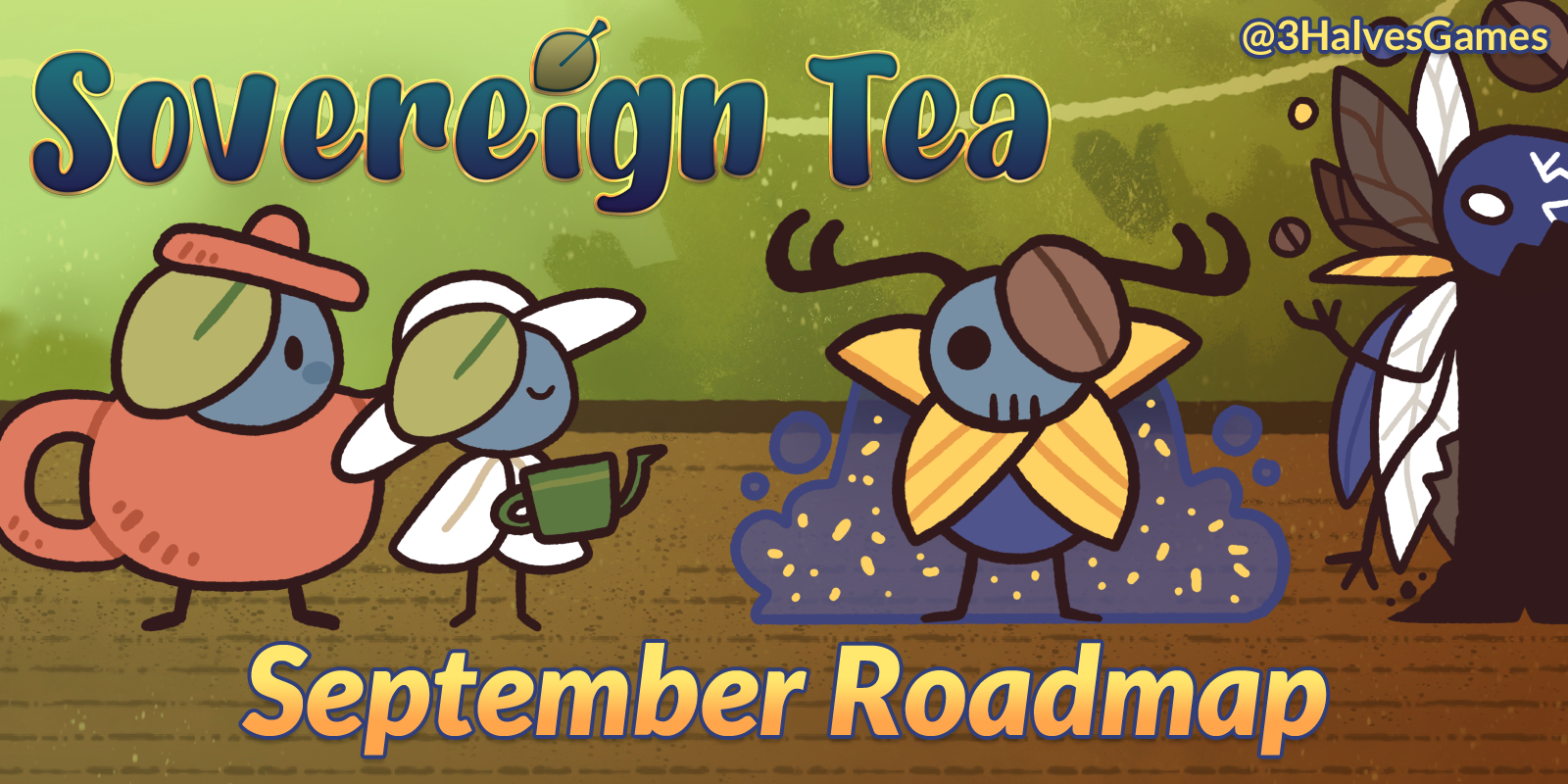 It is now September. We are in the final stages of preparing for our beta release and Kickstarter. A lot has happened and we're very excited to talk about what our plans are. As announced before, we will be asking for $8,000 USD to cover audio assets for the development of the title. Our campaign will include multiple physical rewards that we previously ran a survey for, including brewable tea, enamel pins, charms, and more. We will show more details of these on social media in the coming days, so do follow us there. For now, let's go through the progress we've made. 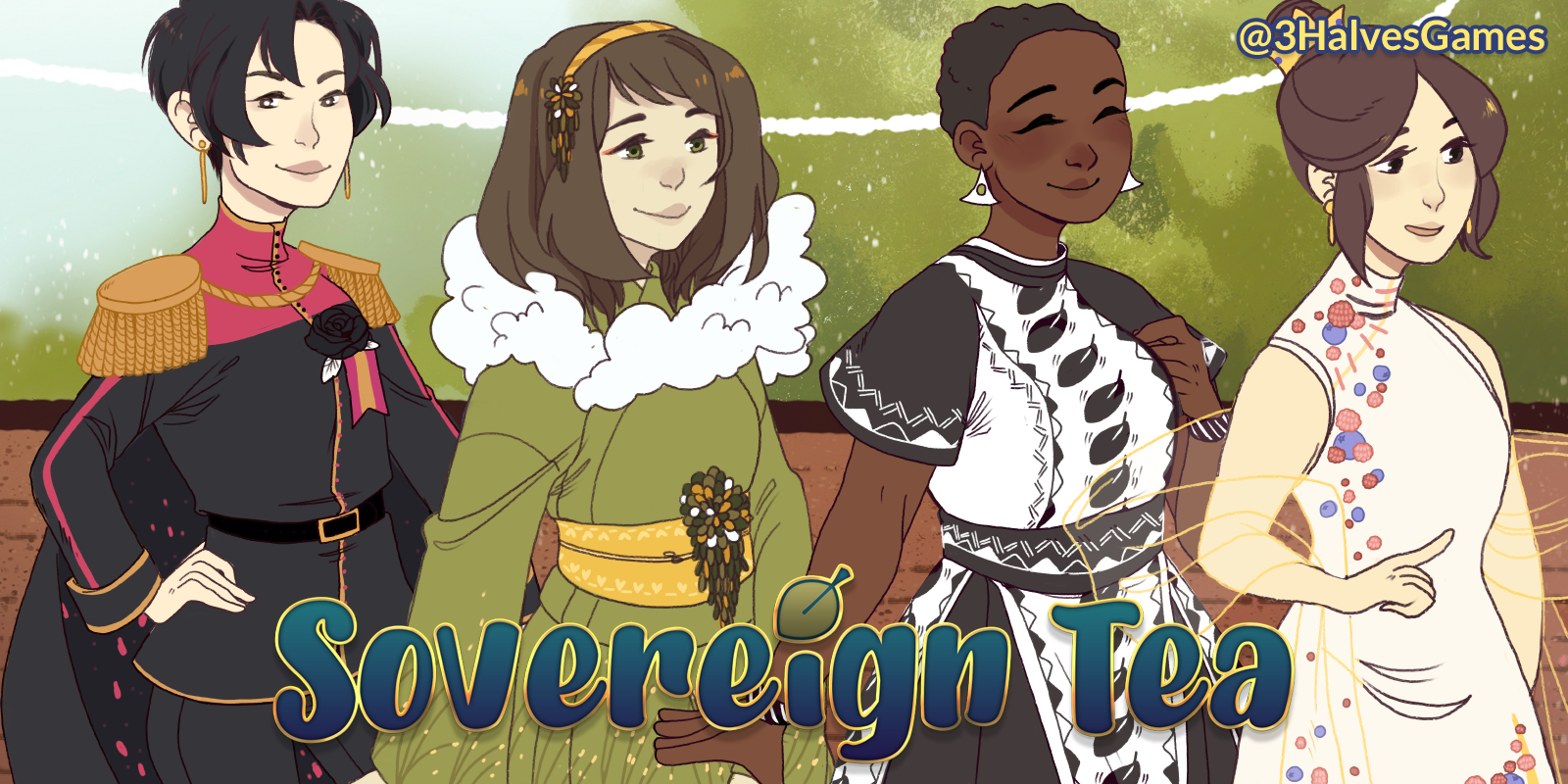 This past month we performed a consistency pass through all the character dialogue art, and look how great they turned out! A big thank you to our character artist, @Ahlatoad, for all her hard work. To further illustrate how much work went into this: We have 12 playable Tea Princesses, all of which have a minimum of 5 emotions each. There's still work to be done moving to the full release, but for beta we are 100% done with character sprites!

Similarly, we not only finished all the world sprites for all tea and coffee units, but we also finished animating all of them! In the alpha release, units had no animation to them, so we've very excited with this change in particular. The units all have unique animations that add so much when it comes to their characterization: the Coffeecake units jiggle, the Doppio aggressively move back and forth, the Tea Shogun bides its time and breathes slowly, and so on. As with the character sprites, unit sprites are 100% done! 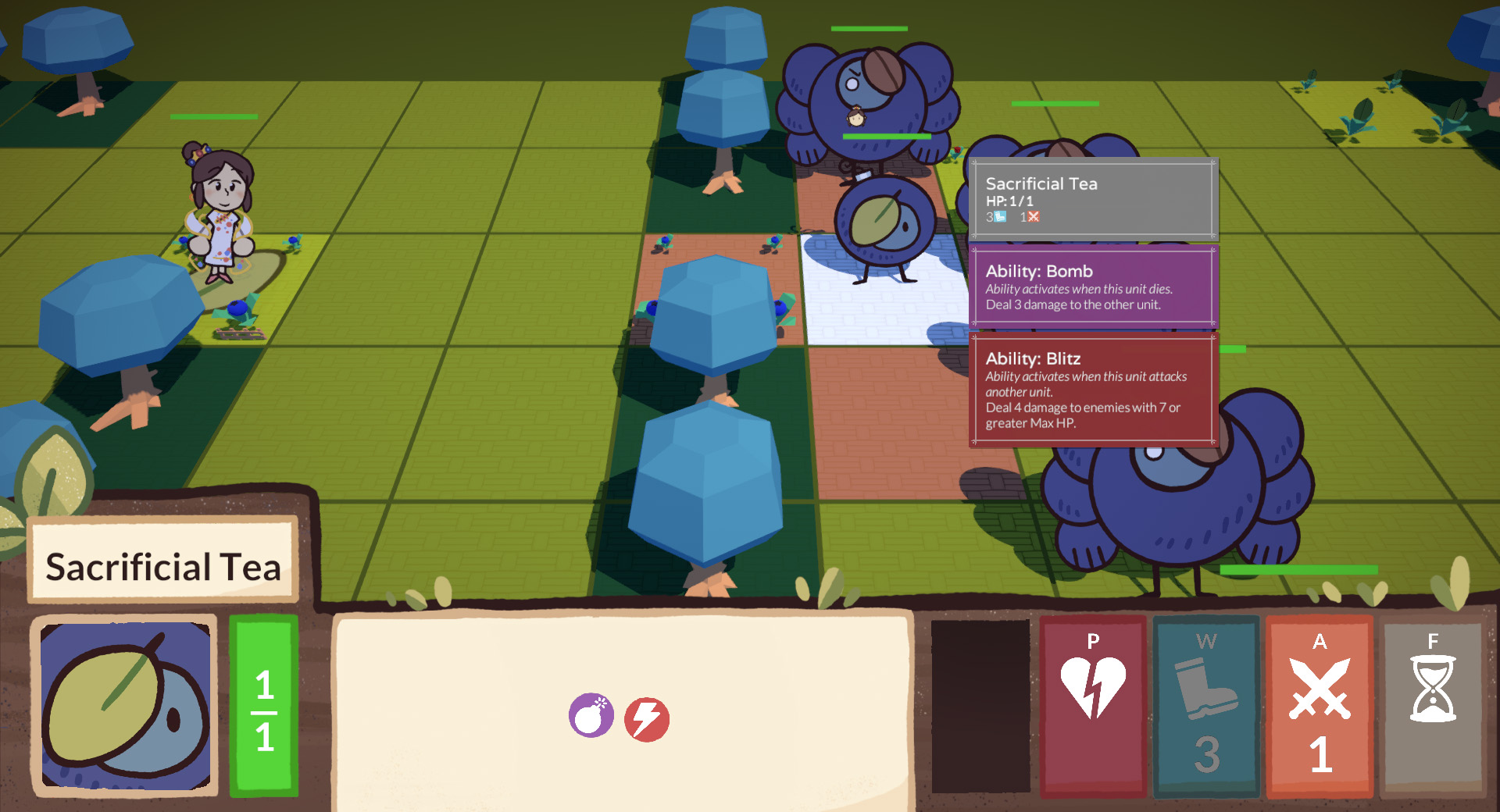 We spent a long time looking at our action bar and solving problems with it. All the UI in the game is slowly being updated in a massive pre-release UI/UX push. Unlike the previous build, our action bars will have different styles based on what is selected. There are five options:

The brew menu also got quite a facelift! We believe our changes have made the game more easy to understand, more clear, and more visually serene. There are still a few lingering UI tasks left that we're tackling before launch, but we're about 85% of the way there and are on track to finish before the end of this month. 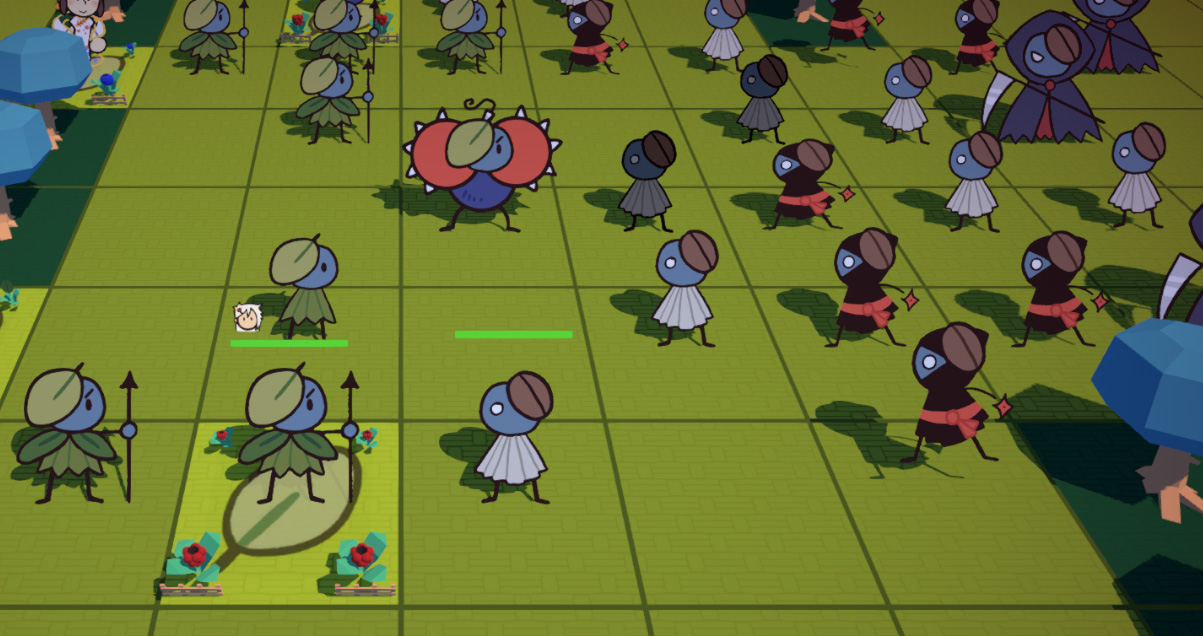 We spent a considerable chunk of the last month re-evaluating our game's enemy AI behavior in order to make it smarter. We can safely say that our changes have been for the best. The enemy makes more informed decisions and feels like a real threat, especially when compared against the previous build. We also went through and finished designing and balancing the levels in the game. To summarize:

Every level we have added feels fresh and unique, requiring you to employ different strategies in order to win. We are especially excited with how the new Tea Princesses play. The Green Tea dynamic and the Herbal Tea dynamic both differ heavily from the previous White Tea dynamic. While Black Tea Princesses will not be playable in this coming build, we have put in some thought on how they should play out as well. Overall, it feels like a full-fledged, unique SRPG, and we couldn't be more excited for you to get your hands on it!

When Does It Launch?

Our remaining checklist before we hit the Go button:

If that doesn't seem like all that much left, you would be correct. We're not yet ready to say the exact date our Kickstarter will launch, but we will launch it very, very soon.  Be sure to follow us on Twitter, Facebook, and Discord to stay up to date with our latest happenings. We hope you enjoy the game!