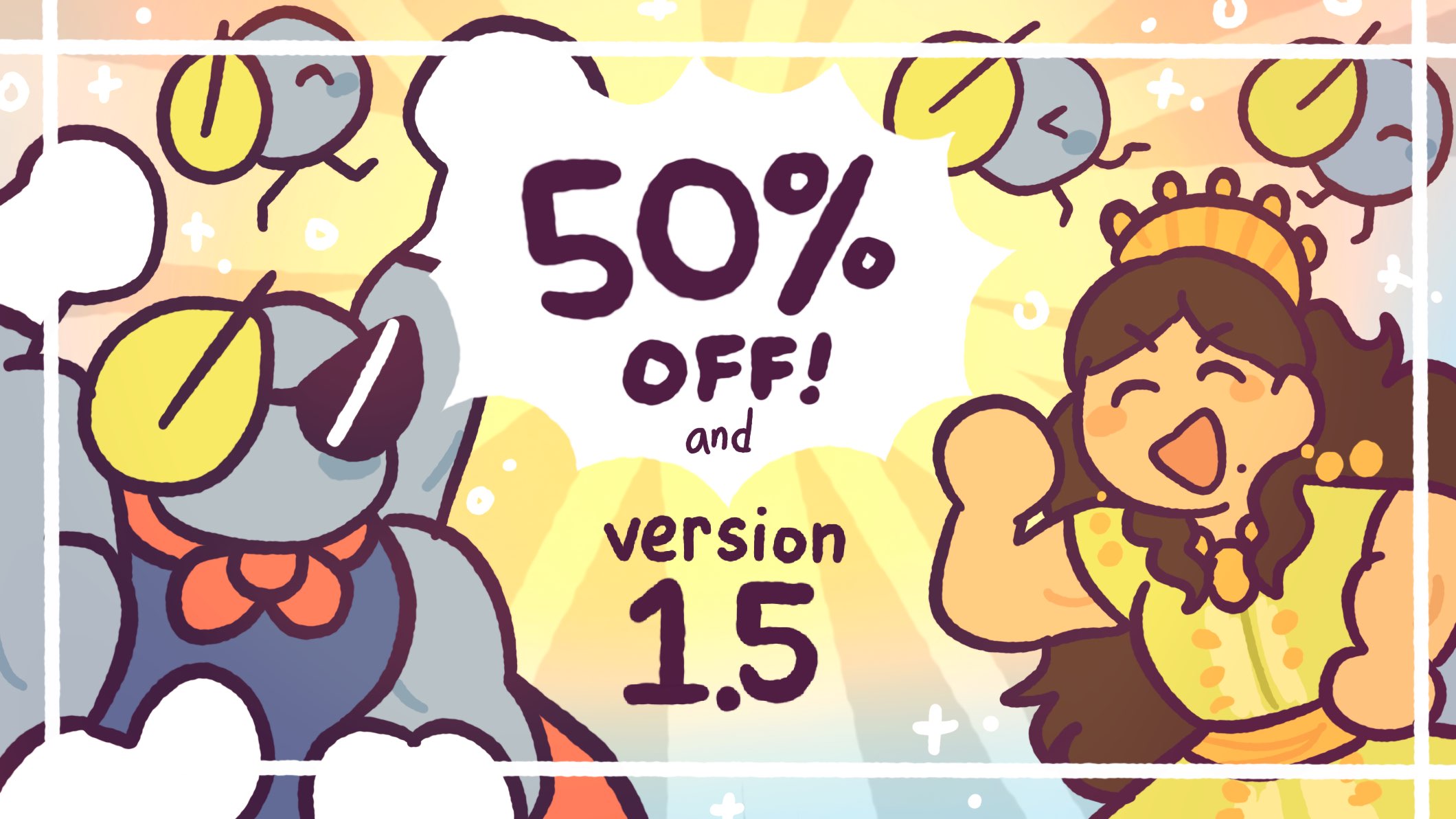 Everybody, we have two exciting announcements for you!

And second, for those you already own the game... Version 1.5 is released!

This new version of the game introduces an all-new Story Mode designed for newcomers to the tactical genre of games, as well as for those who would prefer a story-focused experience over a gameplay-focused one. In Story Mode, enemies will instantly end their turn. There is still gameplay to be had in picking your units and moving your armies forward, but it is a remarkably easier experience. We know many of you struggled with the game's difficulty in the past; with this new mode we hope you enjoy the game!