Merry Christmas from Earl Grey... and a few more updates! 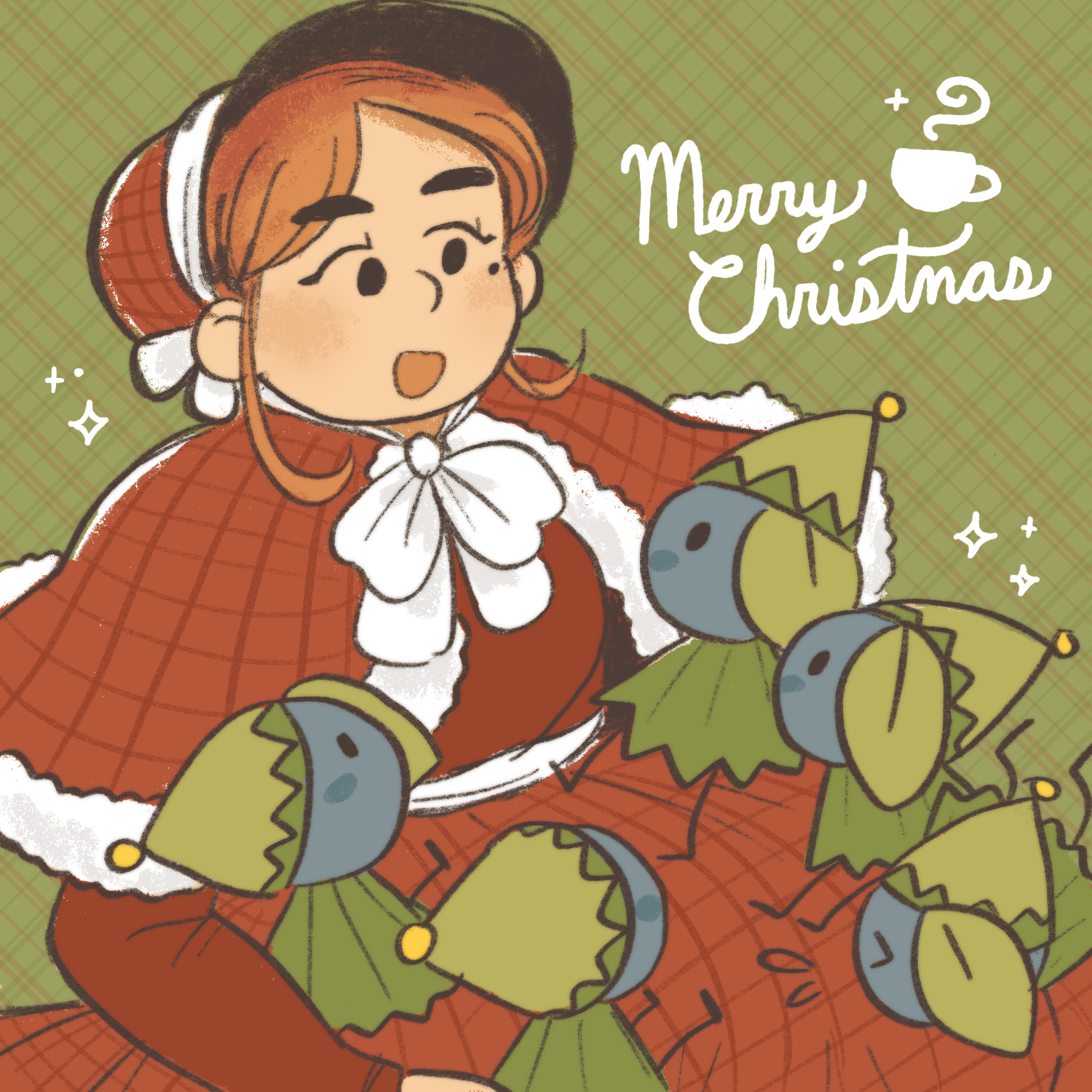 Earl Grey here, wishing you a most joyous holidays. My task for the day is to teach these beloved Tea Minions of mine how to properly carol. What plans do you have for the remainder of the year?

On behalf of 3 Halves Games, we wish you a Merry Christmas and a Happy New Year. Earl Grey, disguised slightly as Santa, has urged us to present all of you with a very brief holiday update on our progress. We will present an updated monthly roadmap, where we discuss our progress on our December 2019 goals, early January next year. As for what we will talk about today...

Our game, Sovereign Tea, is built with Unity 2018.4. The reason for using an older version of Unity is simple: 2018.4 has LTS, and none of the 2019 versions have that yet. 2019.3 has yet to be officially released, though at the time of this post it is in pre-release and downloadable via Unity Hub. We care a lot more about LTS (Long Term Support) for our editor than we do about the latest bleeding-edge features. That said, when Unity 2019 enters LTS we will consider switching over. That should happen sometime next year. Thankfully, the game is simple enough that we have no worries about upgrading versions should we decide to embark on that route.

The goal of the engineer is to provide the tools necessary for the designer to author data for the game. We want to have the data be as agnostic of its usage as possible, since data can be used in multiple different ways. For example, we may use the data for Sacrificial Tea to create the in-map battle entity, or we may use it to showcase an entry in our brewing menu. These are two different use cases: the latter represents UI and thus should not have any care about what the data it is being fed is, and the other is something that is useful in game. Not every field in our data for Sacrificial Tea is used in the UI, and that's fine, but by authoring one node in one place we can use it for multiple purposes. Let's take a look at how the unit is designed: 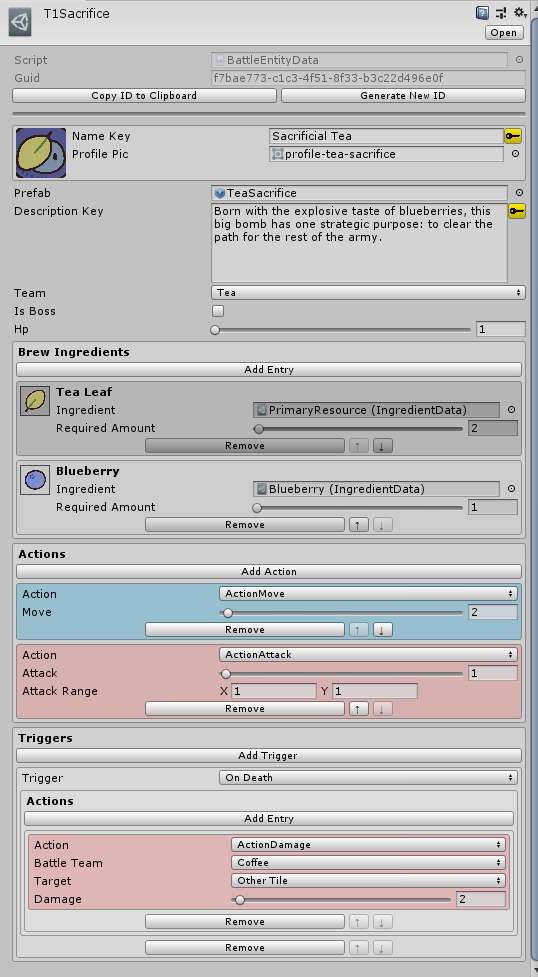 We use a custom editor script to represent our BattleEntityData in the inspector. This allows us a few nifty tools such as hiding certain fields if the requirements are not met, an easier-to-use reorderable array interface, preview icons, and more. Let's break down each field:

We could author stats innately on objects. Other games do this and for their purposes it works. For example, some games might provide stats such as HP, Attack, Defense, Special Attack, Special Defense, and Speed. Our recent obsession with that particular referenced title, aside, we took a different approach: we want the stats to be directly associated with the actions that can be taken. Not every unit can attack, nor can every unit move. Additionally, all actions operate essentially the same in code:

You may notice we use color coding here. We have a separate scriptable object file where we define client-facing colors. The pastel blue and red you see are the actual colors that are used in the game's UI. For clarity and to assist our designers at evaluating units from afar, we use these same colors to color the background in the inspector.

The most exciting part of our gameplay comes from triggers. In game these are called Abilities. A trigger occurs when a condition is met. Sometimes the conditions are cyclical, like happening at the start of a unit's turn, but other times they require something else to occur. This is clear from Sacrificial Tea, which has a trigger that fires when it dies, On Death. Reading the above inspector, you should be able to tell exactly what the trigger will do:

On Death the unit will perform Action Damage targeting Coffee units on the Opposing Tile for a sum of 2 Damage.

An understanding of our game code is not required to understand how to author units for our game, and that is the ultimate goal for cooperation between an engineer and a designer. The engineer exposes the data fields and ensures the actions and triggers behave as designed, while the designer hooks the data up and authors content that makes for an interesting game.

This has been our framework for Sovereign Tea since the beginning of development and it has enabled us to very rapidly iterate and develop the levels and units of this fun little game.

That's it for our Christmas devlog! Be sure to follow us on Twitter, like us on Facebook, and join our Discord group! We'll have another devlog update soon into the new year. Unit then, we hope you have a wonderful holiday season. Looking forward to speaking with you all again in 2020!

Great post. I haven’t used Unity personally but it’s interesting to read about how people are using the built in tooling stuff.